The British Columbia Technical and Research Committee on Reclamation originated in the early 1970's, in response to a demonstrated need in BC for greater government-industry communications in the area of environmental protection and reclamation associated with mining.
Follow @trcr
Bob Gardiner | 1939-2004 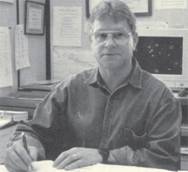 Bob Gardiner - remembered for being a fine gentleman and for the tremendous contributions he made to the mining industry’s achievements in mine reclamation.

It is with sadness we report the passing of Bob Gardiner, a long term employee of Teck Cominco Metals and a founding member of the Canadian mine reclamation community.

Bob worked on mine reclamation research and operational revegetation in Western Canada for almost forty years, and in that time made significant contributions to the field.

In 1964, Bob graduated with a Masters degree in Soil Science from the University of Saskatchewan and soon after, joined Cominco Ltd. in Trail with the Land Reclamation Group. He remained with Cominco for his entire career and was primarily involved in developing effective reclamation programs for at least ten different mine sites in British Columbia and the Northwest Territories including Benson Lake, Fording River Coal, Bethlehem Copper, HB Mine, Bluebell mine, Pinchi Lake,
Hat Creek, Con mine, Pine Point and the Snip mine.

In the 1990’s, Bob moved to Kimberley where he was involved with the closure and reclamation of the Sullivan mine operation. On his retirement in 2002, Bob returned to Trail. 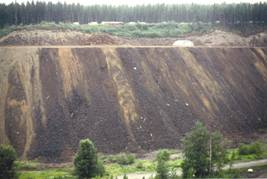 Mark Creek at the Sullivan Mine – Before Reclamation 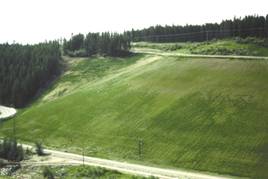 Mark Creek at the Sullivan Mine – After Reclamation 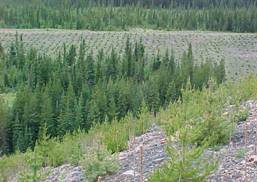 Bob’s work at the Fording River mine site spanned more than 20 years and during that time he pioneered methods for successful reforestation and re-creation of wildlife habitat on high elevation rock wastes, leading the way to reclamation not only at Fording River, but across British Columbia. This work also advanced the state of reclamation science and practice to what it is today.

Bob was one of the original members of the British Columbia Technical and Research Committee on Reclamation and authored many papers which were presented at the annual Symposium and at other conferences. On behalf of Cominco, Bob accepted at least five Reclamation Awards and Citations for work at company mine sites that he had directly contributed to. In addition, the contributions of Bob’s reclamation group were recognized in 1977 when it was awarded with what was then the Provincial Land Reclamation Award.

He will be remembered for being a fine gentleman and for the tremendous contributions he made to the mining industry’s achievements in mine reclamation. The maturing forests on the Fording River mine site and the re-vegetated slopes of Mark Creek at the Sullivan mine are a testament to the dedication and care Bob put into his work, and of its ultimate success.