The British Columbia Technical and Research Committee on Reclamation originated in the early 1970's, in response to a demonstrated need in BC for greater government-industry communications in the area of environmental protection and reclamation associated with mining.
Follow @trcr
Mining in BC

Beginning in the mid-1800s, with the coal mines on Vancouver Island and the placer gold camps of the Cariboo, British Columbia has become one of the world’s major mining regions. The province encompasses the largest part of the Canadian Cordillera, a mountain belt rich in minerals and coal. British Columbia is an important producer and exporter of copper, gold, silver, lead, zinc, molybdenum, coal and industrial minerals.

With the varied geology, vast mineral resources and mining history, many exploration programs and/or mines have been opened, operated and closed in this province. Since 1969, mining companies have been required by law to reclaim all lands disturbed by mining. British Columbia was one of the first jurisdictions in Canada to enact mine reclamation legislation, and the first to extend this policy to exploration sites. Since then the Provincial Government has also required that companies post a reclamation security bond with the Ministry of Natural Resource Operations prior to work (exploration and mining) at any site. This security helps ensure that reclamation can occur without taxpayer dollars and is returned to the company only once it has reclaimed the land.

Prior to 1969 legislation, there were historical mine sites that may not have been reclaimed. Public and private reclamation efforts have been occurring on some sites with documented safety or environmental water quality impacts such as the Britannia mine and Mt. Washington. Since 2004, the Ministry of Natural Resource Operations (formerly the Ministry of Agriculture and Lands) has undertaken remediation at 58 historic mines sites across BC and remediation is either underway or completed. Two of these projects received Special Category Reclamation Awards for excellence in reclamation from the TRCR in 2009.

Each year the TRCR recognizes excellence in Mine Reclamation with its Jake McDonald Annual Reclamation Award and Category Reclamation Awards of Excellence. These awards are handed out annually to acknowledge outstanding achievement in mine reclamation in British Columbia. See the Awards page of the website for more information about the awards and past recipients.

Since 1977, the TRCR was been communicating the lessons learned in environmental protection, mine reclamation/closure and sustainability endeavours through this diverse group of industry, consultants, government, academia, environmental groups and First Nations.

As of late 2010, there are 9 major metal mines and 10 major coal mines operating in BC. There are also 35 major industrial mineral mines, 2 smelters and numerous smaller mining operations throughout the province. In 2010, there were several major operating mine expansions (Quinsam, Endako, MAX Moly and Highland Valley Copper) and four major mines in construction: Copper Mountain, New Afton, Atlin Gold and Mt. Milligan. In addition to operating mines, there are 18 projects in the environmental assessment and/or permitting process. The new Highway 37 power line planned into the northwest part of the province will open up new mining opportunities for the future, ushering in a ‘mining renaissance’ in B.C. The map below and the Ministry of  Forests, Lands and Mines 2010 update indicates the location of the operating metal, industrial minerals and coal mines, proposed development projects and major exploration plays. 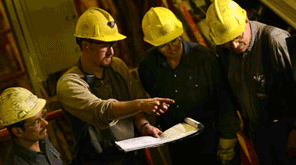 The industry provides 14,000 direct mining jobs, an additional 35,000 indirect jobs in supporting activities, with total inferred employment in excess of 85,000.

The average mining salary in 2009 was $110,800/year. Mining contributes over one half of Canada’s overall port tonnage and rail-freight revenues.  Vancouver is a global centre of mineral exploration and financing expertise.

Websites administered by the British Columbia Geological Survey and Infomine provide the following information and more: 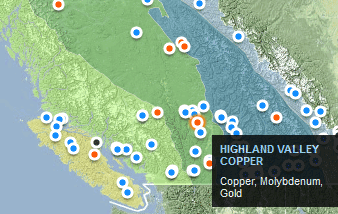 There is also online information about BC mines on the Mineral Resources Education Program of BC website including an amazing interactive map of current metal, coal and industrial minerals operations (hint: try turning on the satellite options on the right side of the screen).

For a PDF, of operating mines and selected major exploration projects in BC (2010), click the map below or follow this link: Open File 2011-1 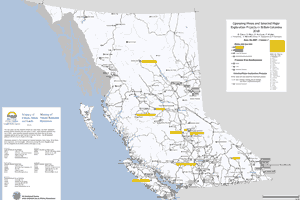 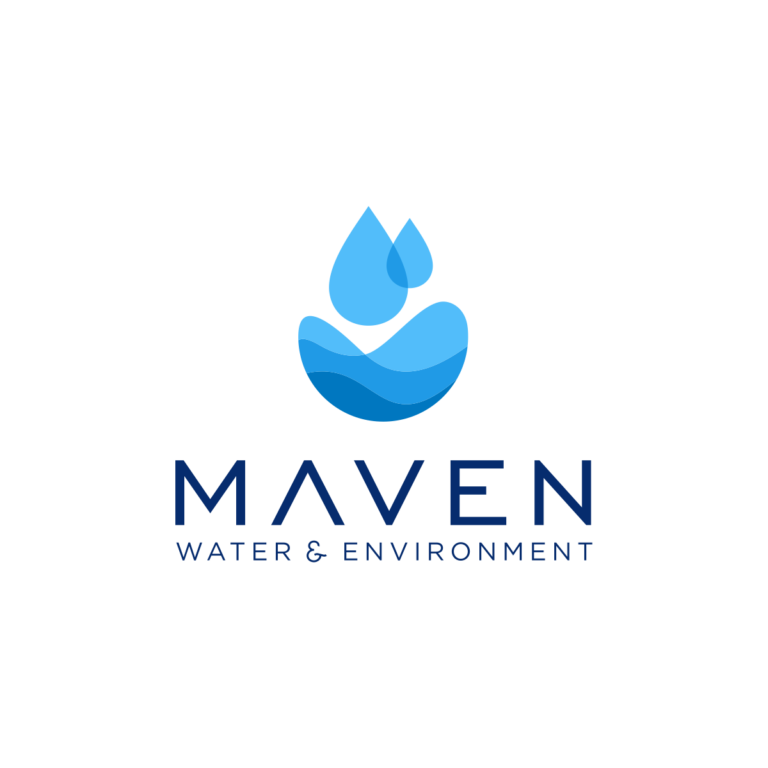 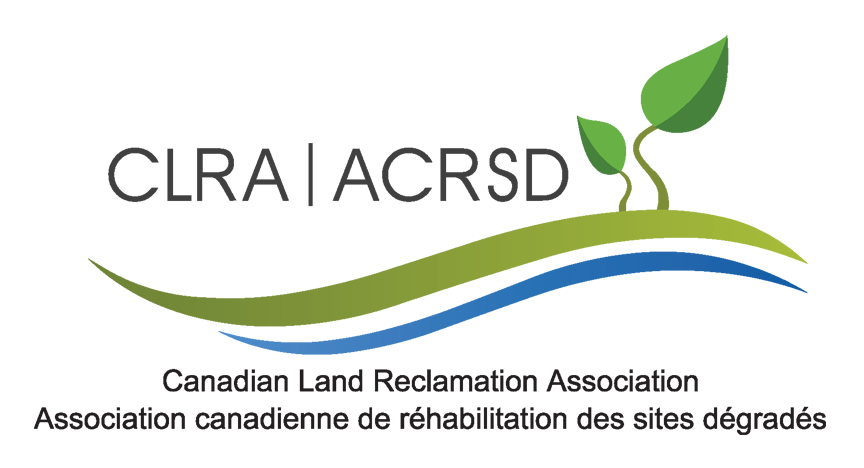